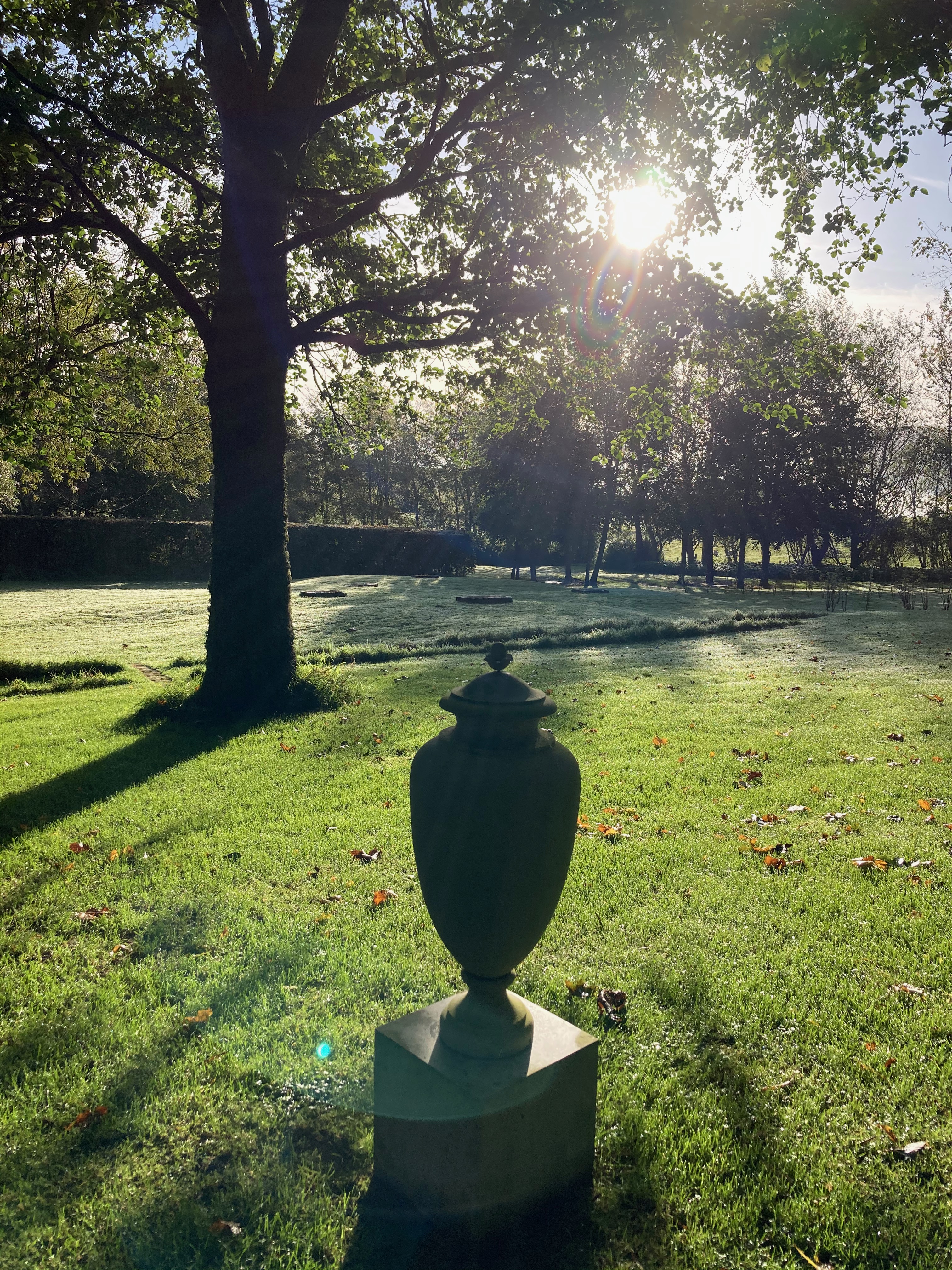 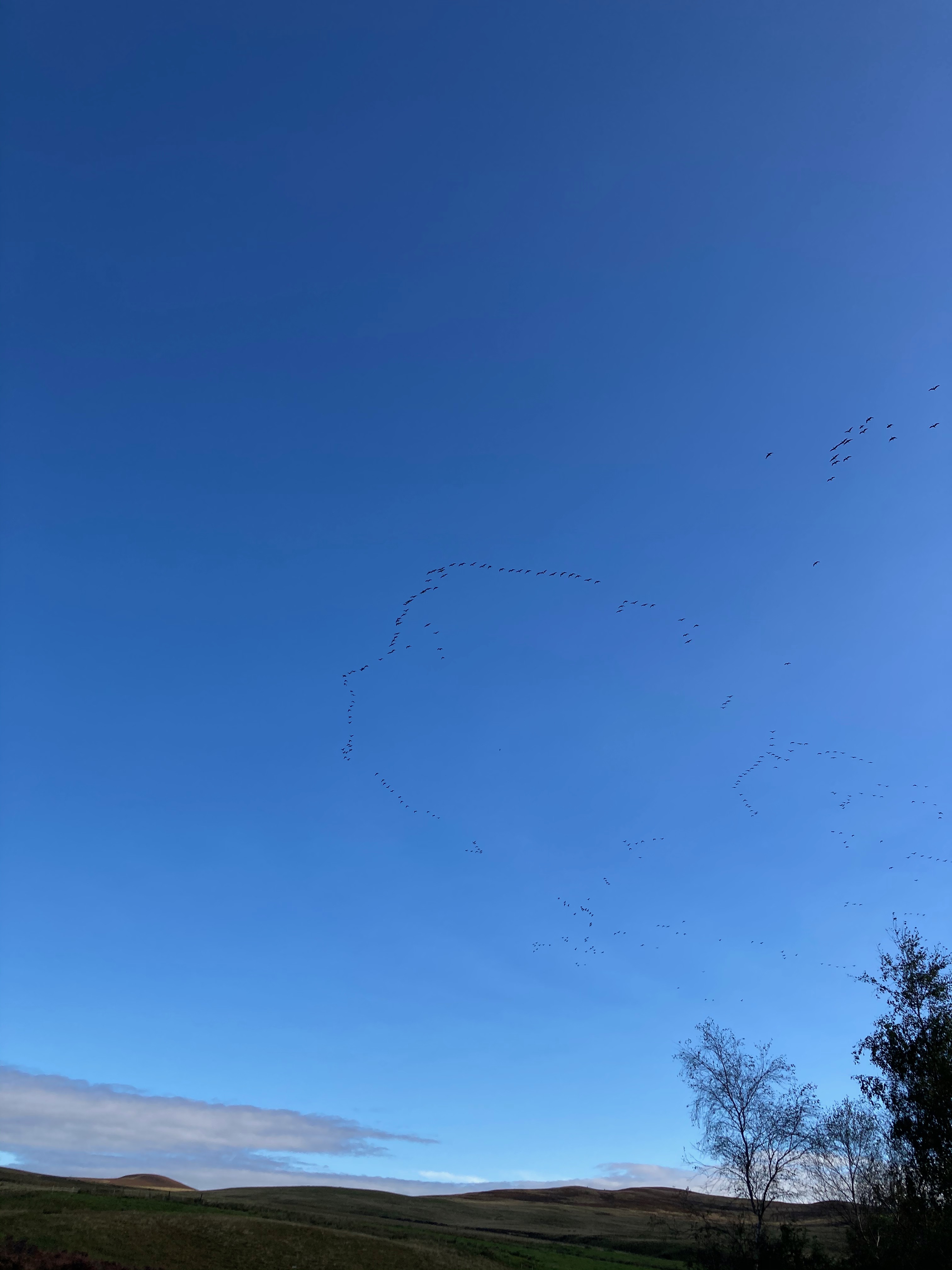 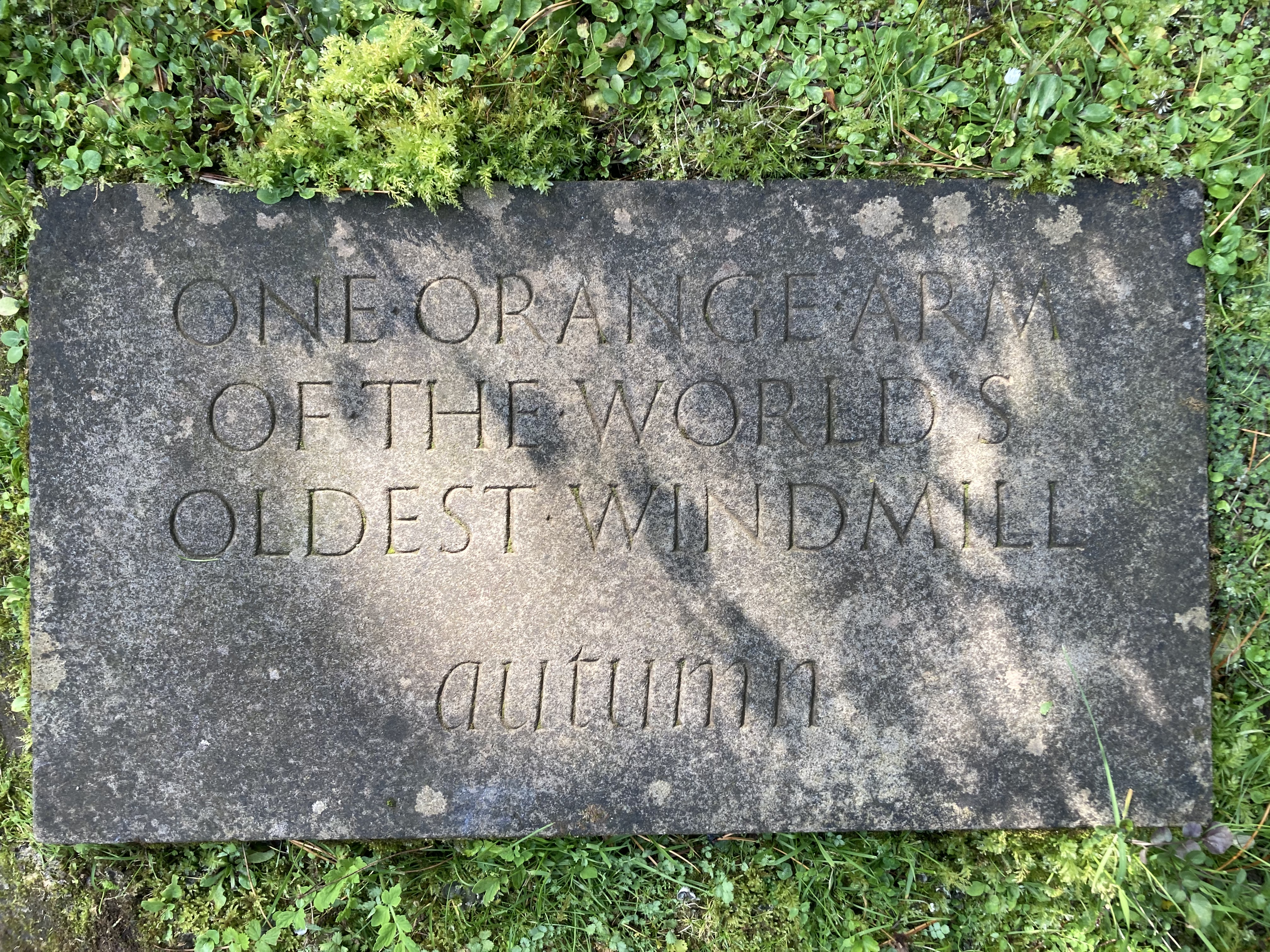 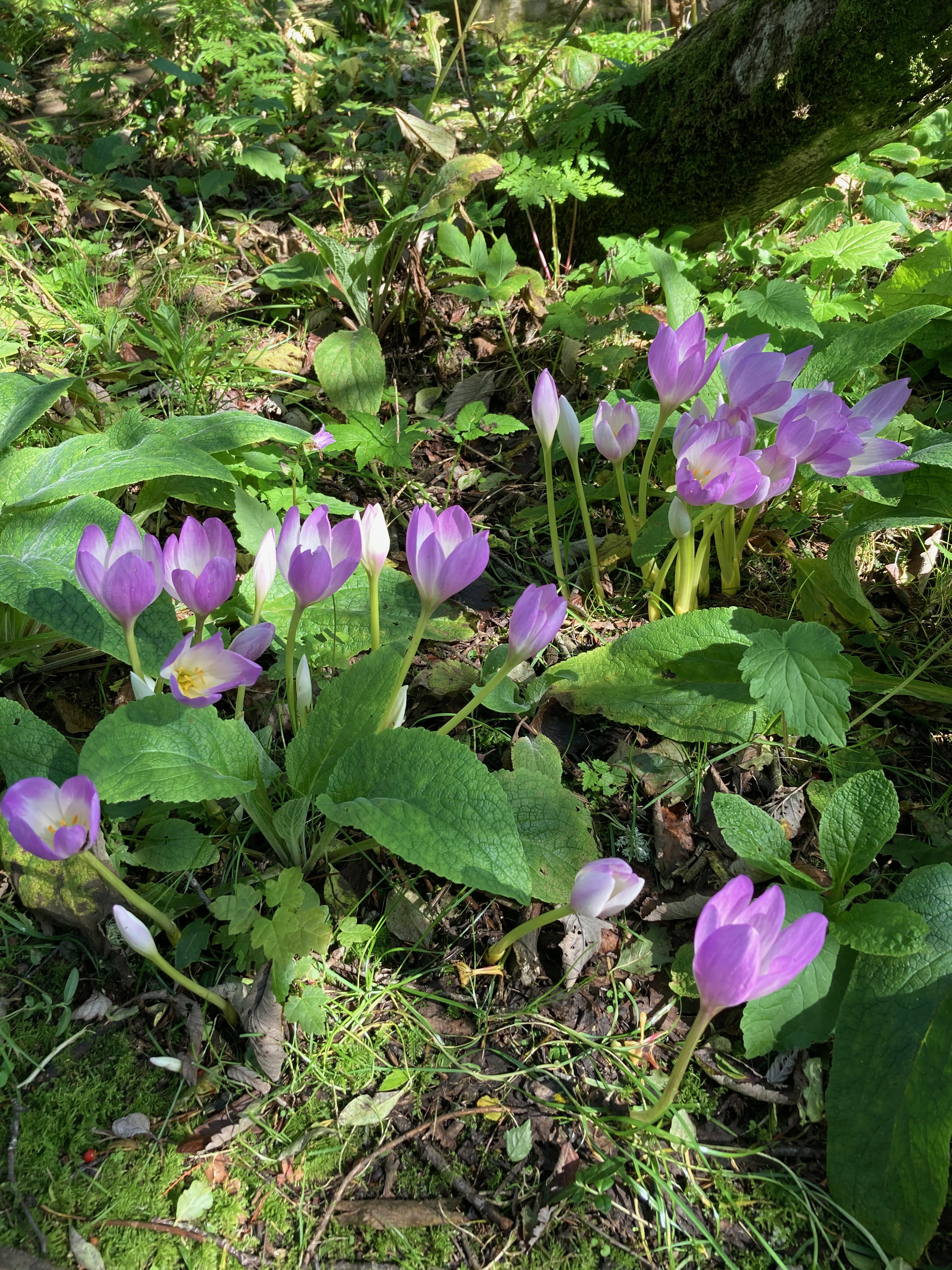 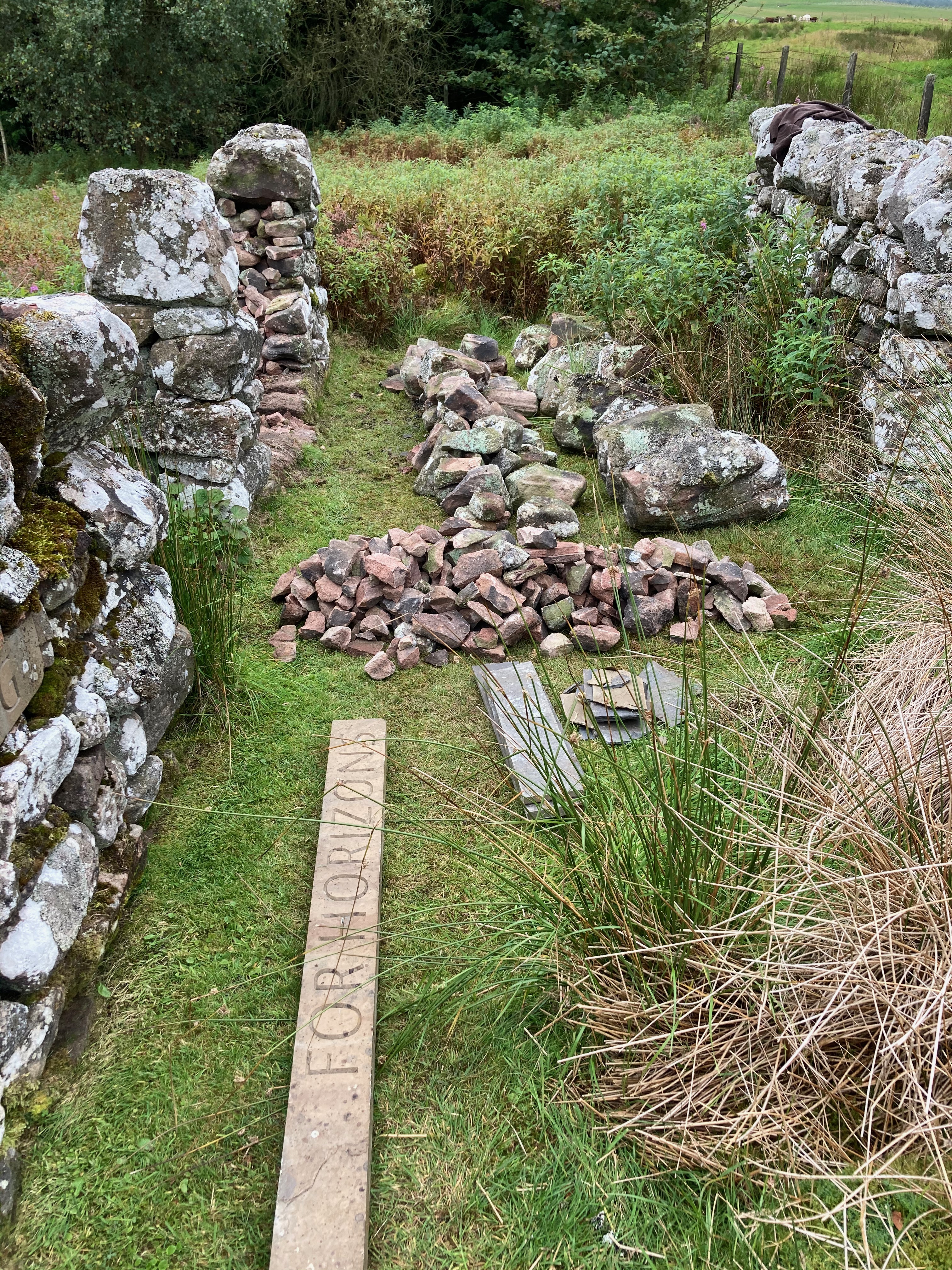 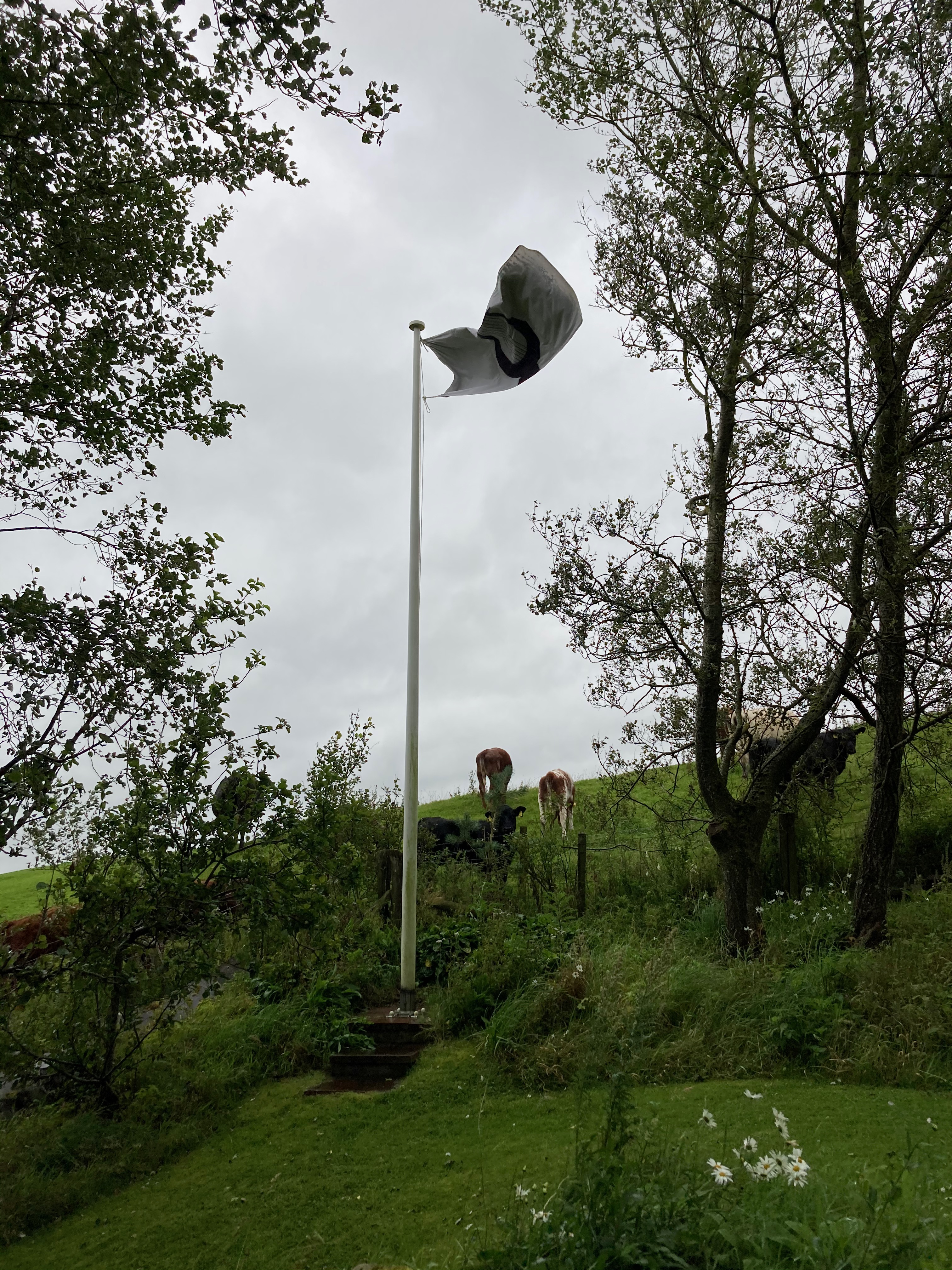 The World’s Oldest Windmill turns again and we are into autumn – almost on the point of the equinox the change in season can be seen and felt – the colour and tone of the sky changes –  turning grey and gloomy, while the sound of the first V-shaped formations of geese honking overhead always causes pause to look up and wonder.

Throughout the month has been a regular continuing clearance of nettles – they seem to have dominated and taken a vigorous hold in conditions – but whole areas have been reclaimed from their invasive presence – by the Artemis and Diana pool and over the roof and surrounding the Grotto of Dido & Aeneas.


The same weeds have been edging their way back in to more formal areas also – so from the Little Wood and Julie’s Garden, through the beds in the Front garden and into the Wild garden – and by the edge of just about every pathway – it is a constant job to keep on top of their spread and reappearance. 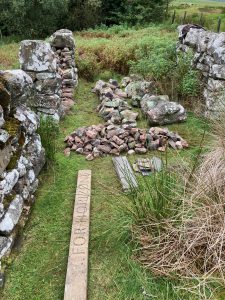 At the high point of the moorland one of the stone dykes which forms the Little Fields Long Horizons work collapsed (For Horizons) – this one section of wall did look for a while as though it was slowly sinking in the boggy ground, and eventually just shifted and gave way. Fortunately there was no damage to the carved stone inscription and the entire wall was rebuilt up from its base to be a solid presence again. It is always one of those unaccountable mysteries though, that having saved all the stones from its original construction many more were needed in putting it back together again.


The car park has proved a bit of a problem – also because of boggy ground – it requires levelling out and surface repairs to keep it going, but the regular volume of traffic from visitors over the past weeks mean that it just has not had the chance to recover – and more substantive works will be required further down the line to add permanent functional drainage.  One of the most damaged areas just by the entrance from the roadside will be also planted up with hawthorn trees – an appropriate intervention to save and redefine this space.


Further regular works carry on – the hedges are given a final trim so that they will keep their clean lines and form through the coming months.


All of the ponds and pools are cleaned out again – and have required further running repairs – the aqueduct ponds in particular bring recurring problems by leaking out – so the Top pond, the Middle pond and the Lower pond in the English Parkland – holes are found and sealed where the water has made an escape route along the perimeter edges – these hold for days or weeks depending not the volume of water passing through the system. Each time seems like a small victory until the problem reopens further along or the repair is washed away – it is just a constant requirement and part of regular maintenance.


As the first leaves turn crisp and scatter down, all of the pathways and open areas need to to be kept clear, and this will now dominate for the next while. The lawns and grass pathways have been cut for hopefully the last time this season – it is again apparent that certain sections which have become badly trampled and muddy will require repair again. 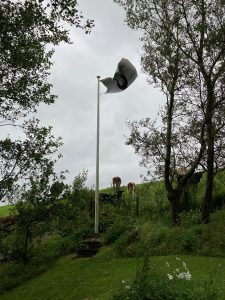 Many of the artworks have been given a clean in advance of their being covered or brought in for the winter – another transformative job which lies ahead.


The pale pink of Aphrodite’s rose outside the Temple of Apollo continues late blooming – its delicate form and fragrance a pleasure in passing.


From the Kailyard too the harvest continues – though many things have struggled with conditions we have had an abundance of ‘Scarlet Horn’ carrots, the Anise hyssop (or Wonder Honey plant) has drawn many admiring glances along with the exotic architectural flowering heads of artichokes.


The winds pick up and the flag swirls, flaps and rattles against Its pole – the Lyre and the Oerlikon soon to be lowered, folded and put away – marking the garden now at rest.