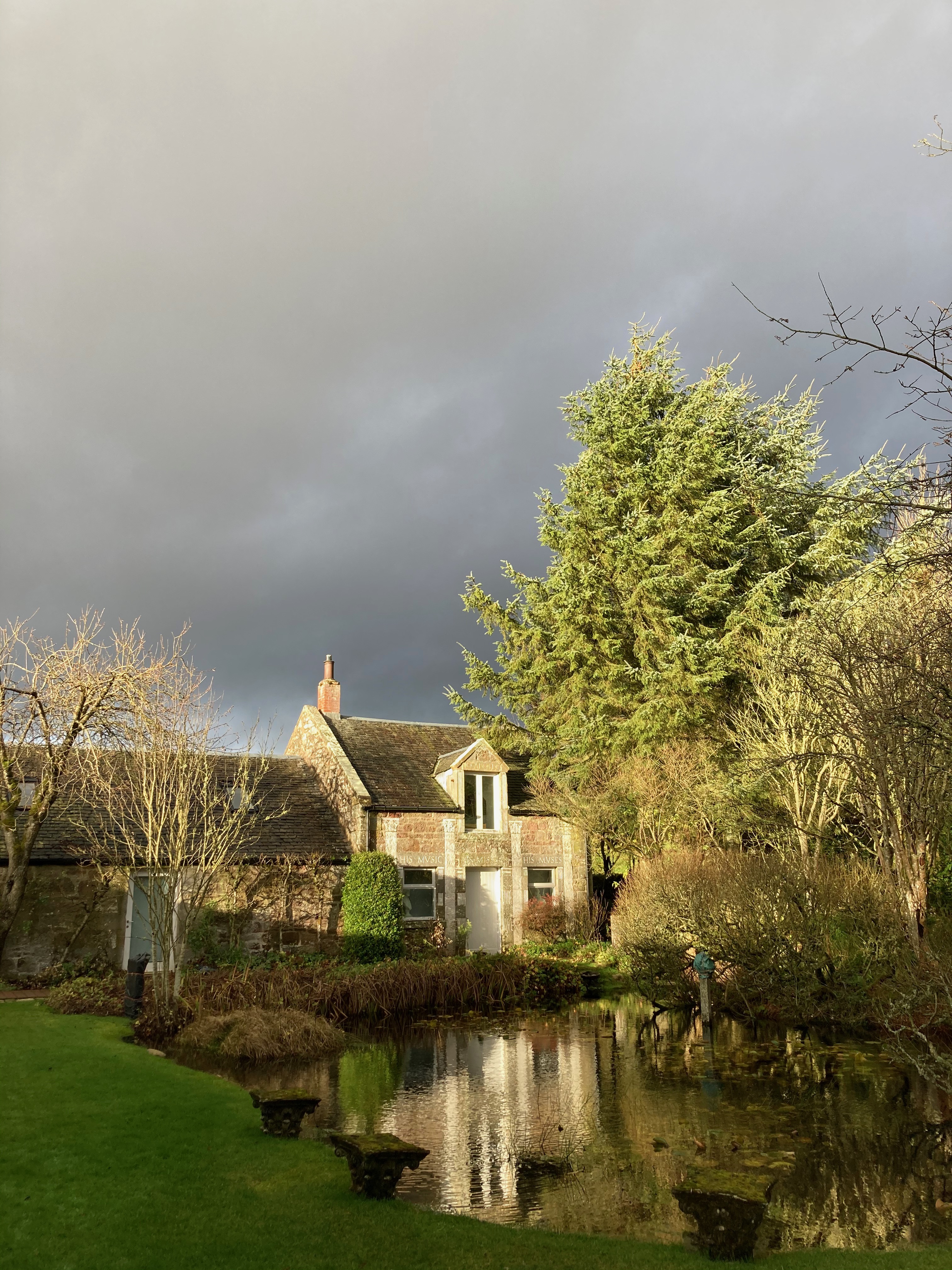 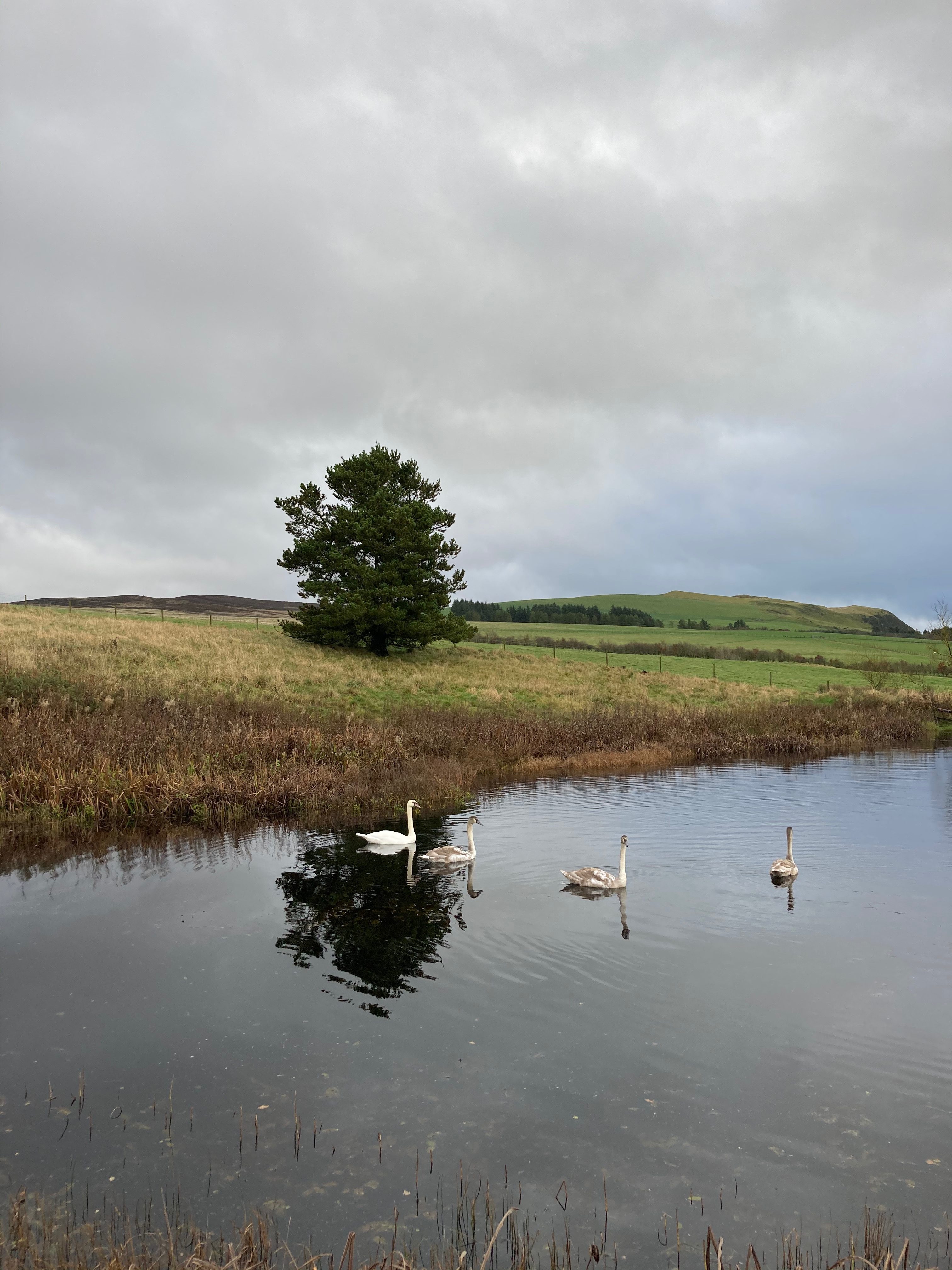 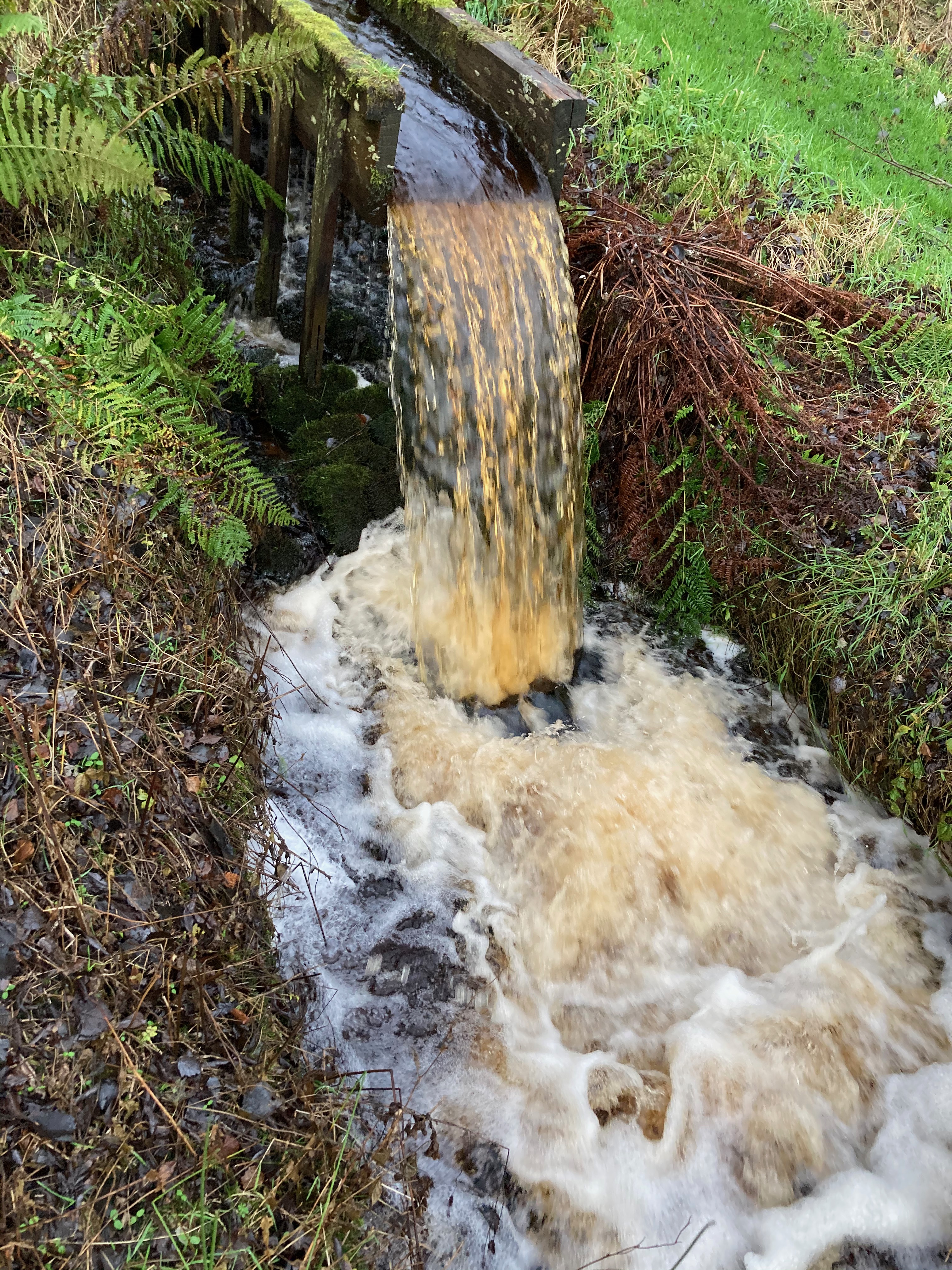 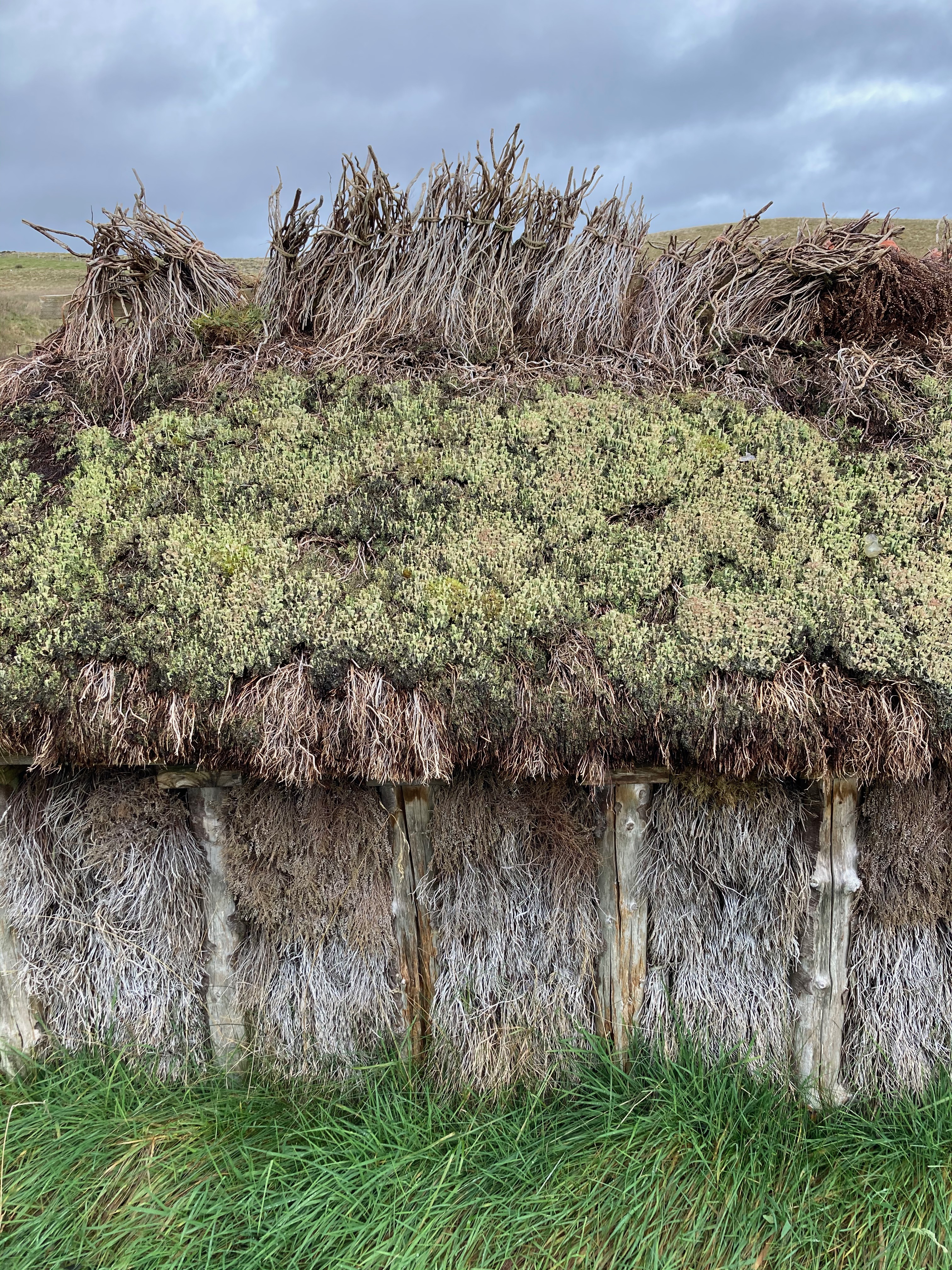 The sequence of works for late autumn continues alongside the gradual seasonal change towards colder shorter days. There is more heavy rainfall and waterlogging – the supply to the Temple pool has to be switched off temporarily as it was flooding over the edges and onto the grass, submerging the lawn. This means too that large parts of the garden are now even more soggy underfoot than before – in the lower part of the English Parkland in particular, surface water is just sitting on top of already saturated ground, and the already muddy and damaged areas here are getting deeper and stickier.

There is of course a never ending supply of falling leaves still to be collected, mostly in the Parkland, to keep the grass areas as clear as possible. There is a lot of debris too – small branches and dead wood, brought down by a few very windy days sweeping through.

All of the narrow grass pathways have been broken up with a fork where the compacted earth is badly worn – with the hope that frost will work its way in and help loosen the soil – a job to be repeated  again in spring before resowing. Certain patches of the brickwork paths too could be extended, where it seems now that the grass will never properly recover.

The roses in the Hortus and in front of the Temple of Apollo are pruned back, along with those along the perimeter edge of the Parkland, and surrounding the fallen column The World Has Been Empty Since The Romans.

In the Front garden chrysanthemums have put on a late flowering – their salmon pinks and pale whites line the pathway. These entire beds were much improved this year for the clearing out of the omnipresent ground-cover geranium and replacing it with a variety of new herbaceous planting. All of this should continue to fill out in the coming seasons and give the intended effects of colour and bloom.

Another regular annual task at this stage of the year is repainting all of the boat paver inscriptions. So the fishing boats brig, keel, schooner etc are lifted and brought inside to temporary harbour, the text renewed and then placed out again under cover, so that they will appear fresh and bright when revealed in spring. The sailing craft pavers too – catamaran, smack, billyboy, caravel and so on – are also refreshed, along with the Picturesque fencepost.

There are other pieces still to complete – the seas waves sheaves wild stone and the WAVES SHEAVES hand-written inscription which sits at the front of the house – the words of this last appropriately coloured blue and yellow.

The pretty path pavers still need to be lifted and receive the same treatment, but are cumbersome and unwieldy to manoeuvre – the very opposite of the message they carry.

Plans are well under way now for essential repairs to the carpark area and the track up to the garden. Installing new drainage and redirecting the path of flood waters should ensure that the badly worn surface of these areas becomes much more stabilised and level.

Finally, a welcome if transitory return – the family group of swans which took up residence in the garden earlier this year come back briefly to pause and feed before continuing on their journey. Their presence like elegant curlicues floating on the inky dark waters of the lochan.