BioBlitz: Discovering the wild side of Little Sparta

Have you wondered what other lifeforms we share a place with? This simple question is surprisingly difficult to answer. Life is so diverse and much of it is so small that we simply don’t know the answer most of the time. To give a bit of context for the diversity of life we might expect to find at a garden like Little Sparta, it is interesting to consider a remarkable study of the wildlife of a single suburban garden in Leicester. Jennifer Owens set out to answer this question for her own garden in 1971. After 30 years of recording, she had recorded an incredible 2,673 species.

To get the ball rolling for Little Sparta we are inviting people to be part of a group effort to record species at a ‘BioBlitz’. The great strength and appeal of a BioBlitz is that it brings together experts and complete beginners to record as many species as possible from a defined area in a defined time. What the BioBlitz concept feeds off is the competitive streak in us. Think of an Easter egg hunt, but with the prize being the discovery of all manner of extraordinary lifeforms. Having been involved with BioBlitz events at the Royal Botanic Garden Edinburgh I know how much fun they can be. I also know how much scientifically valuable data they can generate.

The free ticketed BioBlitz will run over two days on the 17 and 18 June. It will run simultaneously and jointly with a BioBlitz being held in Plymouth by the Marine Biological Association. This will inevitably involve some friendly rivalry about who has the longest species list, but it will also allow us to share knowledge and experiences online via the iNaturalist species recording platform that both events will be using.

Recording is not going to be restricted to organisms visible to the naked eye. Both events will sample water to be analysed for microscopic lifeforms using a technique called environmental DNA – eDNA for short. This looks for distinctive genetic signatures in the DNA that all life is constantly shedding into the surrounding environment. We will have to wait for a few days while the samples are processed in the labs in Plymouth, but what we expect to find is a high diversity of life that would otherwise be very challenging to identify by eye. For one thing, the organisms need to be viewed through a decent microscope at high magnification. But even with this requirement satisfied, the visual differences between some species can range from subtle to apparently nonexistent.

Making it easier for people to get involved in biological recording is central to the BioBlitz concept. Another innovation, compared with my previous BioBlitz events, is the use of the iNaturalist app on mobile devices. The traditional way of doing biological recording involves paper records that are manually typed into a computer. This means double handling the data and risks introducing errors. Today, many of us carry phones around that know where they are and what the date is. These two pieces of data represent half of a biological record. All that is missing is what the species is and who recorded it. By logging into an iNaturalist user account the ‘who’ question is dealt with, leaving only the ‘what’ question to be resolved. Admittedly, this is the hardest part.

It is not hard to appreciate that if three out of the four elements – what, where, when and who – of a record are automatically generated there is going to be a time saving. The other benefit, something that seems almost like magic to me, is that after time spent recording you can instantly see all your records added to a global online database of over 92 million records. The upload of data happens the moment you press the submit button. From then on, your records are visible to other users who can agree, or not, with your identification.

Wisdom of the crowd

The app is designed to allow other users to flag wrong identifications. This is something I have experience of, having wrongly identified a toad as a frog. Within hours of my erroneous identification, two users had pointed out the mistake and I was able to correct my record. For this crowd-sourced approach to be possible the app requires verifiable evidence for each record. This takes the form of a photograph, or in some cases an audio recording.

The image that is a vital part of most records is also automatically assessed using image-recognition technology and the app will suggest possible matches. In my experience this is another time saver. When recording plants, the correct identification was among the suggestions about fifty per cent of the time. When the app is not offering you the right name, typing will quickly bring it up. If you have no idea what something is, you can always type a name to act as a place holder and hope that another user helps you out. Judging by my toad experience they probably will. The app has been adopted by a community of people who genuinely love nature and want to help others know what they are finding.

Maintaining the quality of the data is another motivation for users to flag mistakes. Records that are agreed by a second user become what is called ‘research grade’ and can be imported into national biological recording schemes. In this way all users can contribute to the sum of knowledge about the natural world. It has always been the case that most biological records have been generated by the keen amateur expert.

Little Sparta is a delightful garden with a wide variety of different habitats. With your help we can find out more about what is making a living in this special place. The daily programme will include free activities, such as guided walks and supervised pond dipping. We will have helpers on hand to answer your questions and get you started with recording. You will be able to download the app and get setup, although download before the event is suggested. If you can’t be with us in person, you can follow progress online at iNaturalist (details to follow). You could even correct some dodgy identifications from the comfort of your own home.

The process of discovery is immensely rewarding and simply being in nature is thoroughly good for you. The research grade data we will generate is available to the local biological records centre and the National Biodiversity Network, a UK-wide dataset of more 200 million biological records that is vital to understanding the health of nature. 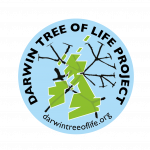 The BioBlitz is being run in partnership between The Little Sparta Trust, the Royal Botanic Garden Edinburgh and the Marine Biological Association. Financial support from the Wellcome Trust via the Darwin Tree of Life project is gratefully acknowledged.

Summary of what a BioBlitz is on the NHM website BioBlitz | Natural History Museum (nhm.ac.uk)