For over a quarter of a century, I visited Ian Hamilton Finlay annually at Little Sparta. Equipped with my analogue single-lens reflex camera, I used on each visit at least one 36-exposure film of 3mm colour slides. This large collection of slides was digitised by the Little Sparta Trust in 2012. Looking back at these images, we get a sense of the garden’s evolution through the longstanding collaboration between gardener and poet, Sue Finlay and Ian, from 1966 to c.1990.

On my first visit, c.1979, it was exhilarating to walk on the moor and enjoy the panorama of the Stonypath farmstead amidst the Pentland Hills with Tinto in silhouette on the south-western horizon. Ian would subsequently lead forays onto the moor and distant Tinto was always Sue‘s favourite eye- catcher.

In the slides overlooking Stonypath, it’s clear that most of the garden we now know as Little Sparta is moorside, and that the extensive tussocky field of the donkey paddock below the lochan will become the English Parkland. In front of the farmstead, the original cottage garden flourishes and the single pre-existing ash proclaims itself as Stonypath’s only tree.

All the pools have been excavated by Ian’s hard graft, except for the lochan whose size has required a JCB. The barn is still intact and the coal shed is yet to become the Temple of Philemon and Baucis. The cow byre is in transition to The Temple of Apollo and the Temple Pool and Woodland Gardens are beginning to burgeon. The Wild Garden is becoming reclaimed from the moorside.

Sitting at the kitchen table, the pleasurable staple of a visitor’s lunch is trout, fished that morning from the lochan – accompanied by a mug of ultra-strong tea, which is poured through a strainer while Ian laments the invention of the tea bag. Laughter permeates each visit.

A SELECTION OF PHOTOS BY PATRICK EYRES 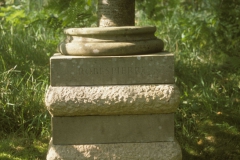 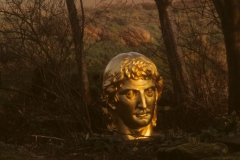 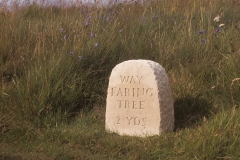 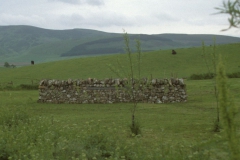 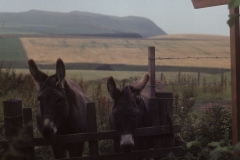 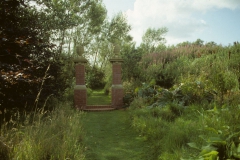 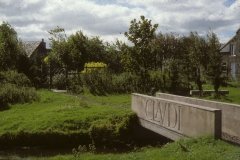 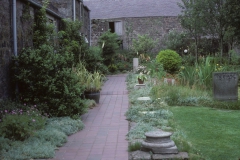 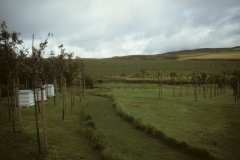 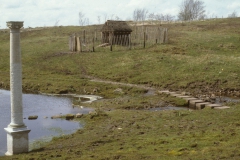 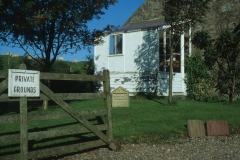 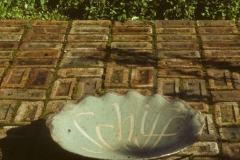 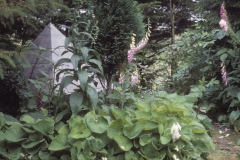 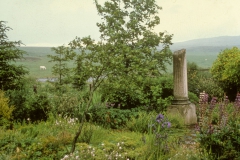 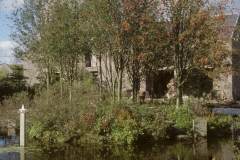 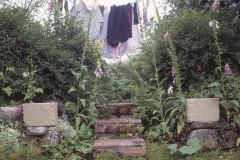 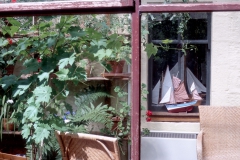 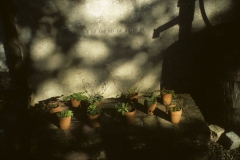 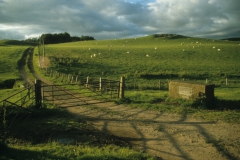 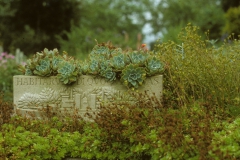 See and read more from Patrick: