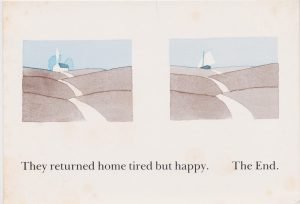 Ian Gardner was born in Lancaster on 7th November 1944 and died there on 10th June 2019, of a heart attack, at the age of 74. He dedicated his life to watercolour landscape painting and, in the mid-1980s, was applauded in The Financial Times as one of the best watercolourists working in Britain. He felt that his art was part of a continuum, represented by the English tradition of watercolour landscape painting, and he was especially devoted to the work of John Sell Cotman (1782-1842). Indeed, it was the spirit of Cotman’s graphic modernity that he applied to his paintings and also to his printed works, especially during his decade-long participation in the New Arcadian Press.

Gardner attended art school in Lancaster and Nottingham, and went on to teach printmaking in the School of Art and Design at Bradford College. He was a prize-winner in the Young Contemporaries and the Lansing Landscape Competition and received awards from the Peter Stuyvesant Foundation, the United States Library of Congress and the Arts Council of Great Britain. Since 1965, Gardner has participated in at least thirty-six group exhibitions, including the eighteen organised by the New Arcadian Press during its first decade, and has enjoyed twenty-two solo exhibitions, nine of which were in London galleries. Gardner was initially represented in London by the Thumb Gallery and later by the Francis Kyle Gallery. His paintings were championed by Edward Lucie-Smith and have been bought for at least twenty-five commercial and institutional collections throughout Britain, including the Ashmolean Museum, Oxford, The Walker Art Gallery, Liverpool, The Victoria and Albert Museum, the Houses of Parliament and Chatsworth House, as well as the Getty Foundation in California.

His commitment to painting was absolute and, in 1979, he resigned from his teaching post to pursue his art. He took enormous delight in the painter’s freedom to remove inconvenient objects from a landscape, in order to envision his perception of a place. His technical expertise was consummate and his handling of scale masterful. Through a combination of imagination and skill, he created paintings that ranged in size from the postage stamp to the mural. His monumental and panoramic tendencies were spurred on by his experience of landscapes in the United States where, during 1987-88, he taught at the University of Illinois at Urbana-Champaign. In 1989, he returned to Lancaster to embark on an independent career.

His pleasure in watercolour painting was complemented by the relish with which he applied his graphic sensibility to the creation of private press publications. When living in Nottingham during the late 1960s, the city was a regional centre of avant-garde publishing, largely due to the collaborations between the poets Stuart Mills (1940-2006) and Simon Cutts. Gardner joined forces with them and brought a visual dynamic to their Tarasque Press. Cutts and Mills went on to introduce him to poets, who were key participants in the burgeoning arena of private press publishing, namely Jonathan Williams (Jargon Society), Ian Hamilton Finlay (Wild Hawthorn Press) and Thomas A. Clark (Moschatel Press). Perhaps the most substantial of these collaborations is the Pairidaeza portfolio of lithographic prints (1972), with Jonathan Williams (1924-2008), in celebration of the topiary garden at Levens Hall, Cumbria. On a smaller scale, his watercolour illustrations (1984) for the one-word landscape poem-cards by Ian Hamilton Finlay (1925-2006) are graphic masterpieces. Inspired by this milieu, he and his wife, Anne, set up the Blue Tunnel imprint in the mid-1970s.

While teaching at the art school in Bradford, Gardner met Patrick Eyres and, together with Grahame Jones, they launched the New Arcadian Press in 1981. The output of the New Arcadian Press during the 1980s includes the largest body of Gardner’s printed work. In particular, the editions of the New Arcadian Journal are a treasury of his illustrative creativity. They demonstrate the graphic sensibility that is articulated by his affinity with the book as a medium for art, as well as his delight in the marriage of image and text. By 1987, Gardner had dissolved the partnership with Eyres in order to concentrate on painting. Nevertheless, there is no doubt that his printed works are a distinctive contribution to the worlds of graphic art, printmaking and private press publishing in Britain, as well as forming a major part of his oeuvre and fulsomely complementing his practice as a watercolour painter.

During the 1990s, the allotment garden of his second wife, Diane, became the focus of an urban pastoral. Gardner revelled in the conviviality of the allotment gardening community, and both the ambience and the place inspired paintings that also celebrated his return to Lancaster. As a man troubled by contradictory behaviours, he was always most at peace with himself when alone painting in his studio. Gardner was blessed with an endearing charm, a convivial wit and a generosity of spirit. Yet he also possessed the extraordinary ability to alienate friendship. Nonetheless, his dogged resilience enabled him to endure a decade of declining health and still enjoy the satisfaction of being able to paint until the final days of his life.

Reproduced with permission from The New Arcadian Press website.